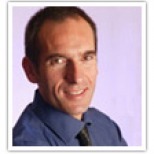 After graduating from IEP Paris (Institute of Political Science) and obtaining a master’s in Law, Philippe Korda held an international sales role with CarnaudMetalbox. He was in charge of the Marketing and Sales division of the Cegos group, before being appointed Chief Executive of the Insep Consulting group. In 2003, he founded the consultancy Korda and Partners, specialists in management consulting to large companies.
With offices in Paris and London, and projects throughout the world, this consulting firm assists leading companies to implement strategic sales, distribution and operational performance projects. From developing leadership skills among the best salespeople, to transforming the sales environment and ways of co-operating with distributors, Korda&Partners advises major multinational French groups such as Orange and Areva, as well as subsidiaries for worldwide companies such as Microsoft and Coca-Cola. Named by Who’s Who in France as one of the leading figures in the business world, he has written several reference works, including the practical manual “Réussir vos entretiens de management“ (Successful Management Interviews), the international best-seller “Vendre et défendre ses marges“ (Selling and Defending Your Margins) and “L’entreprise réconciliée“ (Company Reconciliation), co-authored with Jean-Marie Descarpentries.

He is regularly invited to address conferences of business leaders and sales force conventions all over the world.