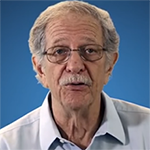 Edward E. Lawler III is Distinguished Professor of Business at the University of Southern California, Marshall School of Business. Lawler has been honoured as a major contributor to theory, research and practice in the fields of human resources management, compensation, organizational development, corporate governance and organizational effectiveness. He is the author or co-author of over 50 books and more than 400 articles which have appeared in publications such as Harvard Business Review and the Financial Times. Business Week has proclaimed Lawler one of the top six gurus in the field of management, and Human Resource Executive called him one of HR’s most influential people. Workforce magazine identified him as one of the 25 visionaries who have shaped today’s workplace over the past century. He has been a consultant to many corporations, including the majority of the Fortune 100, as well as governments at all levels.